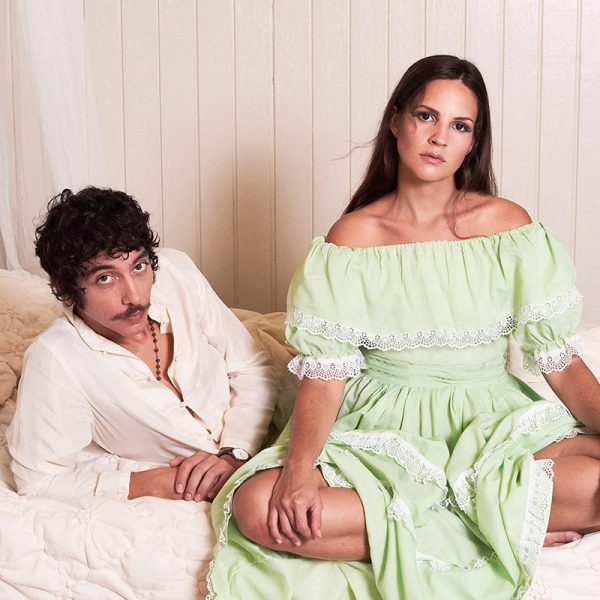 Like so many generations of Puerto Ricans, Raquel Berríos and Luis Alfredo Del Valle also went to the United States to pursue their dreams. However, the passion for their island of origin has always remained intact. Buscabulla is the means through which they express themselves, a sound wrapped up in imagination, activism, style and humour.

Raquel’s sensual, swinging voice serves as a perfect counterpoint to Luis Alfredo’s rhythmic bass lines. Her melodies display a dance-pop imaginary with touches ranging from funk to boricua rhythms such as bachata or merengue. In their lyrics, Buscabulla reinvent lines taken from the most 90’s reggaeton and Puerto Rican street jargon, resulting in an original mix of fantasy and nostalgia.

Shortly after Hurricane Maria wreaked havoc on Puerto Rico, they returned home to help rebuild the island, and it is in this context that the duo wrote and produced their first full-length album, Regresa, which will be released in the spring of 2020. An introspective and bittersweet exercise, a rollercoaster of emotions, which they will present at Paraíso 2020 on a very special occasion: their first show in Spain.