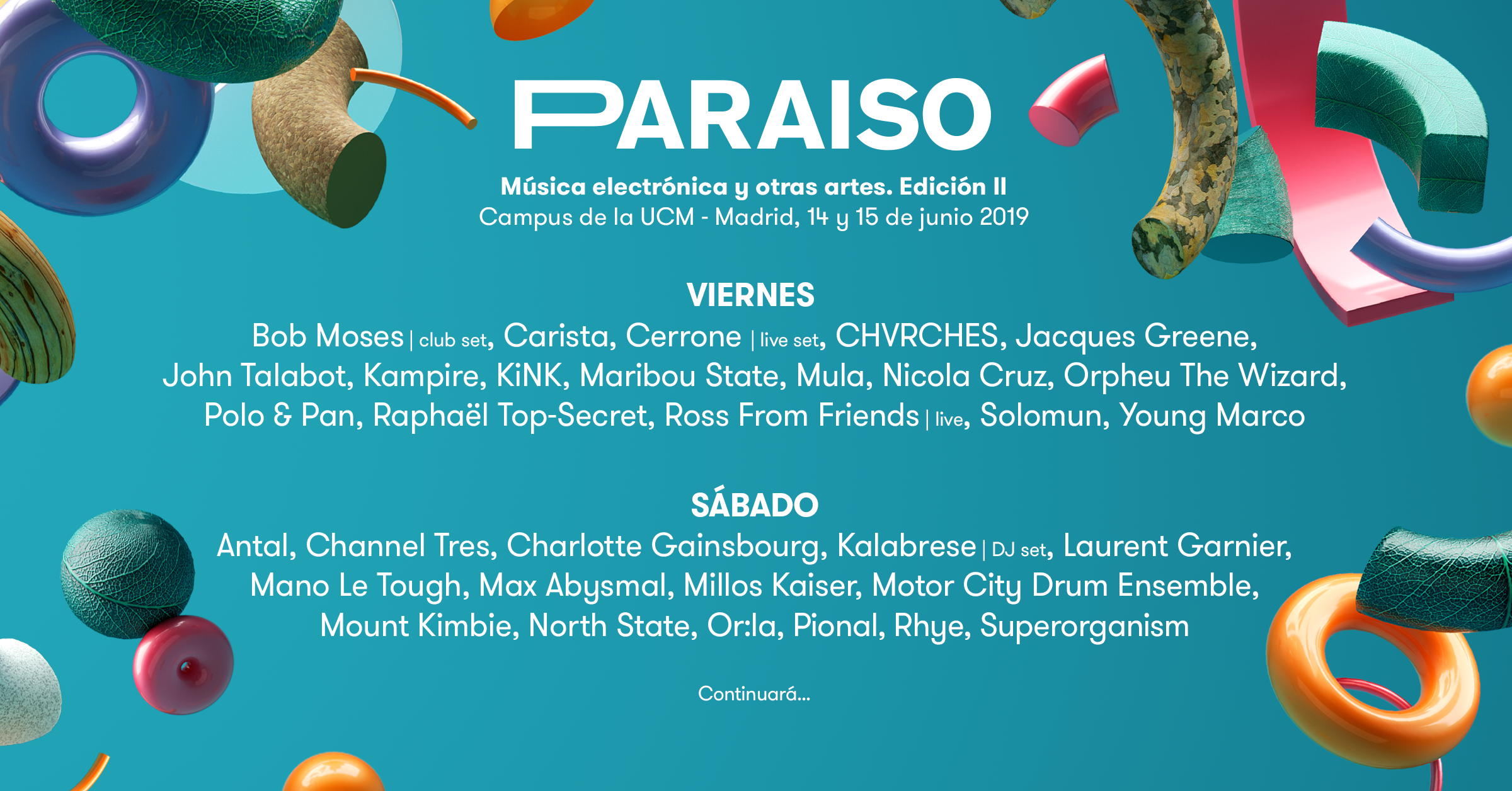 A new wave of names comes to Paraíso line up. In addition, line up by days is now available, as well as tickets for Friday and Saturday for € 44 or € 64 for premium tickets.

Remember that tickets price will change next March 7th.

Line up by day

French electronic music reinforces its presence in Paraíso with the addition of Charlotte Gainsbourg and the duo Polo & Pan, artists whose work includes the French touch of the school created by Cerrone, who recently confirmed his participation in the festival.

Three new live shows are coming from the UK: the Scottish band CHVRCHES with the dose of adrenaline that characterizes their concerts, the Londoners Superorganism, with proposals moving between pop and electronica, and the duo Mount Kimbie, whom we owe the term “post-dubstep”. They will land in Paraíso after releasing their first mix for the revered DJ-Kicks series (!K7 Records, 2018)

Swiss-based Irishman Mano Le Tough heads up the list of the DJ sets in these new confirmations. His eclectic style includes incursions into house, techno, disco and new wave, making him one of the chosen ones to renew the European scene.

From the other side of the Atlantic, we will be visited by the Canadian Jacques Greene and the American Channel Tres, two young exponents of the new house made in North America. And as far as national talent is concerned, Barcelona’s John Talabot and North State also join the line-up,

Besides that, the festival informs that the members of the Brazilian duo Selvagem, which was already part of the line-up, have decided to take different paths. That’s why Millos Kaiser, one of this duo’s two faces and a specialist in recovering forgotten gems of Brazilian music, will perform at the festival in the end.

We use our own and third-party cookies to provide you with a better experience and service. If you continue to browse, we believe you accept the use of cookies on our site.I acceptMore Info