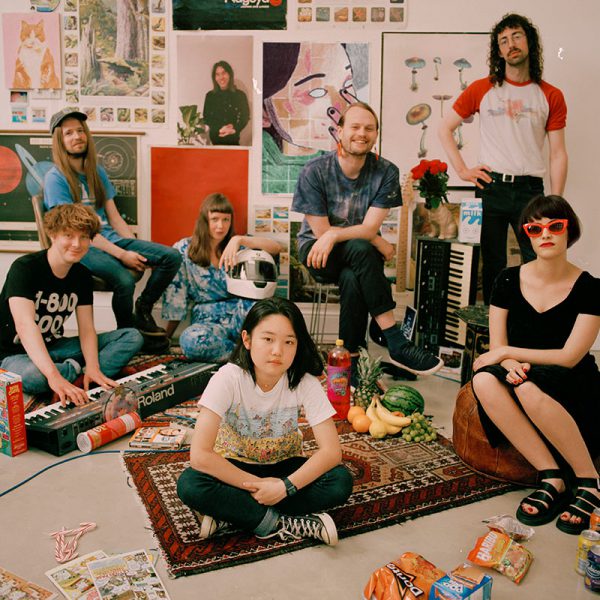 Superorganism is a band of eight members from the United Kingdom, Japan, South Korea, Australia and New Zealand addicted to pop culture, settled under one roof in a commune in East London. The group first appeared in 2017 and a few months later, NME highlighted acknowledged them as a favourite band of 2018.

Since then, they have been surrounded by a mysterious atmosphere and a halo of mystery. Where do the boys and girls of Superorganism come from? How many are there? Who is who? Perhaps part of that mystery is responsible for the millions of views they have racked up in just over a year.

However, Superorganism’s main appeal lies in the energy emanating from their particular ode to the joy of adolescence, pop culture and the internet. Anything fitting that definition can find room in their sound. Now, with their first album under their belt, Superorganism (Domino / Hostess Entertainment Unlimited, 2018), they land in Paraíso.