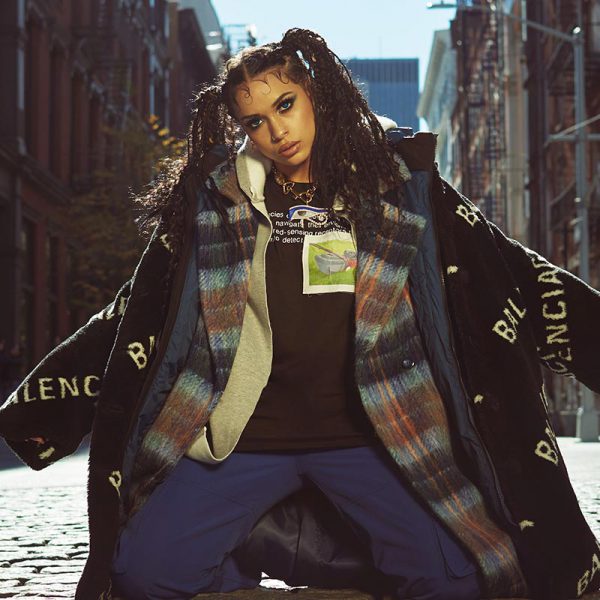 Princess Nokia has plenty to say. Unpretentiously, she fills the void with her distinctive, raw and real honesty. Since the beginning of 2014, this MC, composer, actress and activist has been forging a discourse of social justice—and she is succeeding.

After sharing her first self-published songs with the world, Princess Nokia caught the attention of the media with 1992 Deluxe (Rough Trade, 2017), a delightful work where she ventured to speak freely about female, multiracial, queer and transgender empowerment. Her singles “Sugar Honey Iced Tea (S.H.I.T)” and “Balenciaga” have been a prelude to her new two records: the optimist Everything Is Beautiful and the cheeky Everything Sucks.

All indications are that in 2020 she’ll once again ignite the stages wherever she goes. Her energy is out of the ordinary: nothing can thwart this Harlem native. Her explosive scenic charisma permeates everything. Bold, vindictive, shy, defiant… Princess Nokia’s faces are infinite. It’s a must-see.